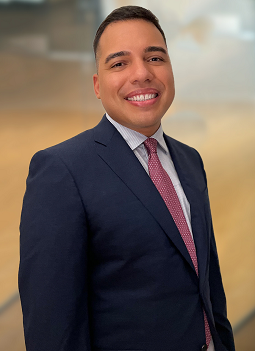 Jorge is an associate in the firm’s Entertainment, Media and The Arts Department. Jorge’s interest in entertainment law traces back to his days in law school, where he was able to secure externships at various entertainment and media companies, as well as a clerkship with Cinereach. Prior to joining Eisner, Jorge was an associate at a boutique entertainment and media law firm, where he worked on a variety of transactional entertainment matters, with a focus on development, production, distribution and other exploitation of film, television, music and digital content. In addition, Jorge has experience in compliance review work on distribution and license agreements between  a major communications technology company and television networks and other digital content creators or providers.