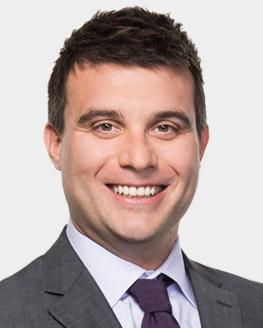 Zach is a partner in Eisner, LLP’s Los Angeles office, where he represents companies and individuals in complex litigation across the entertainment, technology, financial services, and real estate sectors. As a dedicated advocate for his clients, Zach has successfully tried numerous jury trials and arbitrations to conclusion, and he has handled over a dozen writs and appeals in state and federal courts.

In addition to his broad expertise in commercial litigation generally, Zach has particular expertise in intellectual property litigation and counseling, including copyright, trademark, right of publicity, and related issues. He also has significant experience representing both employers and employees in high-stakes trade secret, non-compete, employment, and partnership disputes.

Zach received the Pro Bono of the Year award from the Public Counsel’s Appellate Law Program in 2012 for his work on a housing discrimination dispute. Outside of his legal practice, Zach is a member of the board of directors of the Harvard Law School Association of Los Angeles. He previously served as a judicial law clerk to the Honorable Milan D. Smith, Jr. on the Ninth Circuit Court of Appeals.