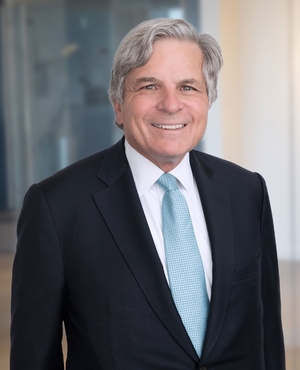 Les is an experienced trial and appellate lawyer, and Managing Partner of the Firm’s New York office. His practice focuses on disputes, mergers and acquisitions, liquidations, dissolutions, and bankruptcies. He has broad experience with the full range of valuation, accounting, and ethical issues that typically arise in business disputes. He has litigated issues of first impression and his practice also includes elements of finance, securities, entertainment, employment law, ERISA, real estate, and bankruptcy.

Les has represented and negotiated on behalf of the principals, partners, and senior executives of many of the country’s leading investment banks and private equity firms, international and national law firms and accounting firms, broker-dealers, investment banks, hedge funds, and real estate developers.

Respected by courts for his substantive knowledge and professionalism, Les has testified as an expert witness, is a member of the American Law Institute, a member of the Committee on Character and Fitness for the Supreme Court of the State of New York, First Judicial Department, and serves on multiple other court committees.

In 2019, Les was honored with a Lifetime Achievement Award by the New York Law Journal and was named one of the New York Law Journal’s Inaugural List of New York Trailblazers. He is a frequent analyst on CNN, CNBC, and Fox television, as well as for The Wall Street Journal and The New York Times. He also writes extensively for law journals and leading industry publications, and has lectured for the judiciary, bar, legal associations and law schools, industry organizations, and Harvard Business School. His 1998 book, Law Firm Partnership Agreements, which he co-authored, is considered the definitive treatise on the subject.

In July 2017, Les participated in the Aspen Institute’s 2017 Justice & Society Seminar, an annual invitation-only seminar co-founded by the late Supreme Court Justice Harry A. Blackmun that is composed of 20 distinguished participants from various professional fields.