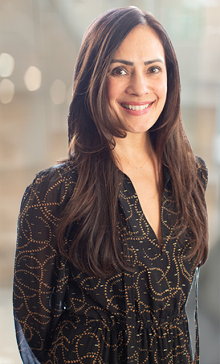 Kristine is a partner in Eisner, LLP’s Los Angeles office, where she operates an industry-leading practice advising on business strategy and transactional matters for television studios. The breadth of her studio representations gives her an unparalleled understanding of the industry’s deal landscape.

Often serving as an outside business affairs department for television studios, Kristine goes beyond the four corners of deal documents to advise clients on business decisions, with the ultimate goal of assisting their growth. Representing clients of all sizes, including majors and mini-majors, she has particular experience working with emerging independent studios. Kristine advises on all above-the-line matters, drawing on insights she gained in past roles as the director of business affairs at both a seller, Fox Television Studios, and a buyer, Lifetime Television.

The volume of deals that Kristine handles gives her unique insight into market-standard deal terms at any given moment. She uses that knowledge not only to better represent studios, but also directors, producers, actors, and writers, frequently representing multi-hyphenate and diverse talent.

Kristine received a degree in psychology and film theory from the University of Miami and attended the Pepperdine University School of Law. She began her professional career assisting a television literary agent, and following law school practiced in the entertainment group at Stroock & Stroock & Lavan LLP. After leaving her business affairs role at Lifetime Television, she co-founded a film distribution business, Cinelicious Pics. Before joining Eisner, she returned to private practice at Klevan Longarzo Vance Blumensaadt LLP.